Anhui Quanchai Ltd. is a large state owned company including education, scientific research, production, management and trade. It now has Quanchai drive share Ltd, Shunfeng transportation Ltd, Shunchang plastic engineer Ltd., Shunxing trade Ltd., and other stock controlling, total capital subsidiary companies, dealing scale refers to gas engine farming machine, engineer machine, harvesting machine, biological engineer machine, plastic production, architecture materials and environment protecting etc. Started by Quanchai exclusively, and established in the form of passing round the hat, Quanchai drive Ltd. is the only listed company for now. Established in 1949, Quanchai was once a mini company pertained to Town with capital no more than one million yuan, but now it has developed into a well-known large state owned company with the capital more than 1.6 billion yuan. It is the fruit of developing the spirits of struggling, exploiting, cooperation, dedication. Quanchai has advantages in product developing, producing, technology, management etc. The series of Quanchai gas engine has developed into both single and multiple cylinders. It now has 5 series, more than 100 kinds of gas engines, and its horsepower ranges from 2 to 90, especially the development and mass production of N series multiple cylinders gas engines, has brought in new economic increasing point for the development of Quanchai. The single cylinder and N485, N490Q (DI) gas engines of Quanchai were recommended as famous products by Anhui province. S11120, S1125, N490 and N490Q (DI) were listed as new products in state degree. Quanchai was listed as the technological creation experimental enterprise of Anhui, evaluated as the national quality management advanced enterprise, and Quanchai technology center has become the center in provincial degree. Quanchai actively develops broad-trend economy, and joins in competition of international market. Quanchai was listed as the base of machinery products exporting of the nation, and gained the right of self importing and exporting. Its products are exported to markets of Southeast Asia, Africa, South America and Europe. The brand of Quanchai has successfully registered in several dominant sale countries. Quanchai was listed as important exporting enterprise of machinery products of China by the Department of Foreign Trade. Quanchai is one of the 520 important enterprises of China, one of the 18 important enterprises of Anhui, it once gained the national prize of &ldquo;5.1&rdquo; labor, won the honor of &ldquo;Chinese excellent enterprise in machinery industry and Chinese advanced organization of the Party&rdquo;. Jiang zeming, Lipeng, Wanli, Wu Bangguo, Wen Jiabao, Li Tieying and other leaders have successively inspected Quanchai.

Selected as the Supplier,
Recommended by CCCME 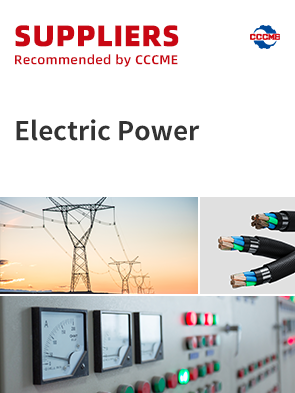